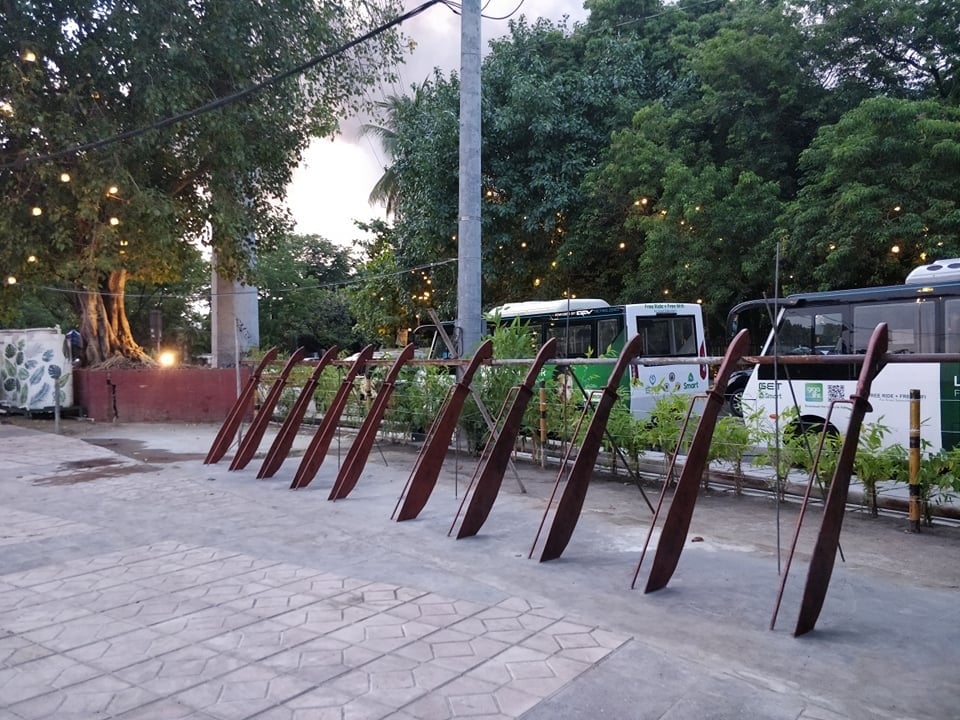 The “Tabak” bike rack at the Kartilya ng Katipunan Shrine commemorates the bravery of the Katipuneros. It was placed strategically near the monument of hero Andres Bonifacio holding a tabak.

The local government of Manila and a leading insurance company in the country are set to open on Friday (May 28) bike racks installed in various parts of the city as part of their sustainability campaign.

Crafted to encourage a culture of cycling among Filipinos and to stir local tourism, each bike rack was creatively designed to reflect the place for which it will be installed and evoke memories of growing up in the City of Manila.

“As someone who grew up in Manila and continues to live and serve its residents today, it makes me proud that Allianz PNB Life has chosen our city to bring its sustainability campaign and take inspiration from our beautiful and historic sites,” said Manila City Mayor Francisco “Isko Moreno” Domagoso.

The bike racks and art installation, which were designed by Mark Wesley Pahate — a Manileño himself, will be launched during the country’s commemoration of the “Araw ng Watawat” (Flag Day) at the Kartilya ng Katipunan Shrine, where one of the bike racks is located. Other sets of bike rack art installations will likewise be unveiled at the Rajah Sulayman Park, Plaza Roma, and Liwasang Bonifacio.

The bike rack art installation kick-off will also mark the beginning of the celebration of the 450th Founding Anniversary of the City of Manila. 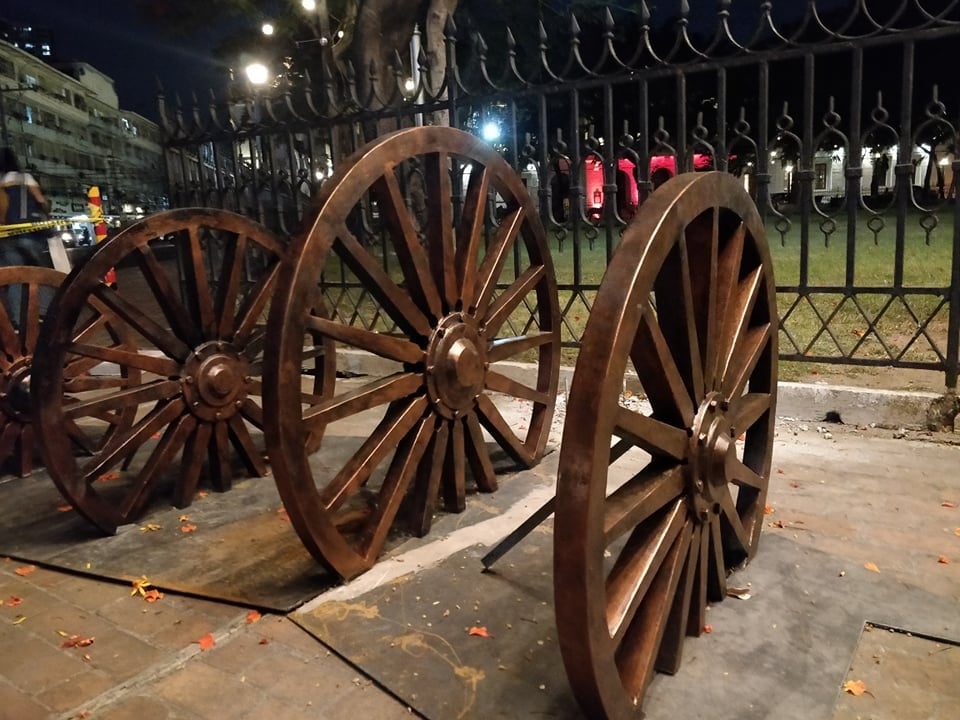 The “Kalesa” bike rack at Plaza Roma in front of the Manila Cathedral in Intramuros is a reminder of how the horse-drawn carriage used to rule the streets during earlier times.

The “Tabak” bike rack is strategically installed near the monument of hero Andres Bonifacio at the Kartilya ng Katipunan Shrine, in commemoration of the bravery of the Katipuneros.

The “Maya” bike rack at the Liwasang Bonifacio in Ermita is inspired by the little bird that once flew in abundance over the city’s parks and churches.

At Rajah Sulayman Park, where one can see Manila Bay from across Roxas Boulevard, the “Alon” bike rack will stand as a remembrance of the city’s historic bay and beautiful sunset.

The “Kalesa” bike rack at Plaza Roma in front of the Manila Cathedral in Intramuros is a reminder of how the horse-drawn carriage used to rule Manila streets during earlier times.

“In bringing our Ride Safe campaign to Manila, we wanted our bike racks not only to provide an area for bikers to stop for rest or have their bikes parked, we also wanted them to contribute to the city’s tourism efforts,” said Grenz.

“We hope that these initiatives will encourage more people to consider biking not just as an alternative but a major transport option for getting around the city.”

Launched in 2020, the Ride Safe campaign aims to promote the use of bicycles as a sustainable solution to the mobility problem brought about by the pandemic.

Lacson-Sotto tandem nixes motorcades: How can you talk to people if you’re moving?