The Contagion of Social Anger and Collective Grief during this Pandemic 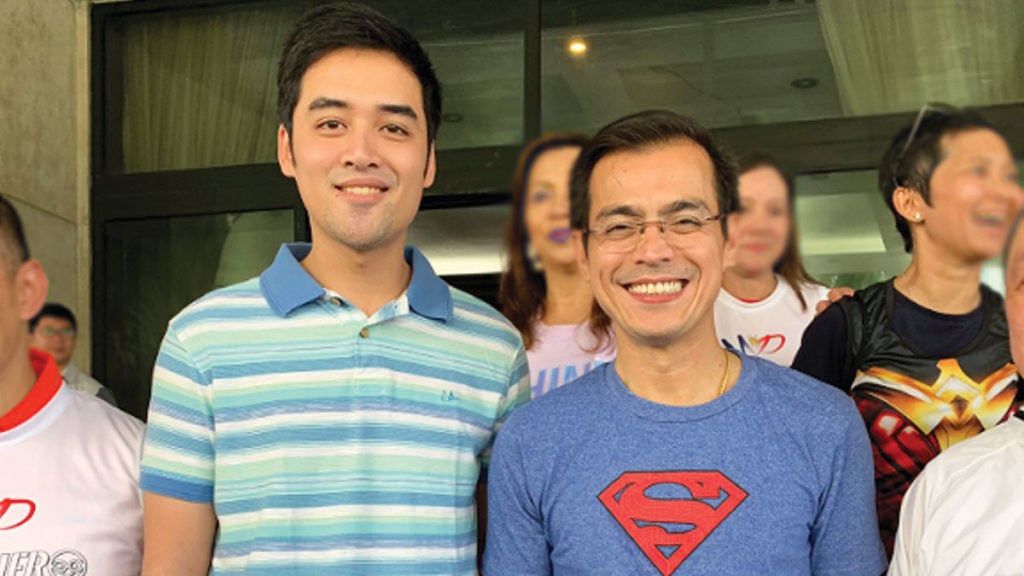 Leaders are under attack. People are angry. The social media is like a warpath, a fierce battle ground where leaders are “killed” by weapons sharper than swords. This is a strange phenomenon. Elsewhere, leaders of government and institutions are vilified. There is a pervading social anger coming from some sort of collective grief that is growing and becoming fiercer as days of this enhanced community quarantine go by. This pandemic is becoming not just a biological and health issue but is evolving into becoming a psychological pathogen. This experience of isolation, social distancing, and loss of freedom of mobility is so unique in our lifetime. In the years to come, this will be a rich source of research for social scientists.

But somehow, we need answers now. As this novel coronavirus spreads fast and easy so do anger and grief of people. And somehow, the object of anger is directed to the leaders of government, of institutions, of people in some sort of authority. Social media, like Facebook, is teeming with outrageous remarks and comments of people against their leaders. In particular, most people are mad at their mayors and barangay captains. To my general browsing, only Mayor Vicco of Pasig and Mayor Isko of Manila are lucky enough to be the least attacked and maligned. Most mayors now are demonized and smeared by the very people who voted for them in power. While there are comments and remarks to counter the slur and insults, they are too few to be given weight.

Psychology posits that anger can make hard times even more unbearable. Worst, when anger collects numbers, the prevailing difficult times will likely deteriorate further at least on the perception level of the sufferers. This is because the snowballing of negative emotions takes its toll on that collective energy of people making recovery very challenging for the individual. In a US study post-911 events, collective anger of Americans against the attack (not necessarily against Muslims) made it even harder for individual citizens to recover from the trauma of that fatal attack in New York.

But why are people angry? What is to blame for this collective fury? In this pandemic, why is there so much outpouring of belligerence? Lacklustre response of the government, the perceived unpreparedness of leaders, and the absence of a well-thought-out plan to address the problems are all too good reasons why people are mad. The missing goods, the lack of tests, and the disappearing P6k fuelled the wrath up to the rim. The chaos, perceived and real, is the oxygen of this raging fire sweeping across all channels of the social media consuming leaders, institutions, and the government. Now, one disgruntled soul venting it out on Facebook reaches out to another soul. And every outburst in the social media legitimizes the next. Thus, you have a seemingly small, banal, and almost inconsequential story of a lady not getting her share of the relief goods connecting to a wider narrative of “poor and chaotic procedure of goods distribution.” And the thread of the stories leads the crescendo of emotionally upset people. If Facebook were weaponized, it would have exploded a million times more fatal than a nuclear explosion.

Now, what exactly is this all about? People’s anger is real. And it is growing. But more to this anger is that grief over loss. Loss of control. Anger is the resort of people when they seem to lose control of something. It is that emotional response. Aren’t people angry when they lose a car key? Aren’t most people who lost a loved one angry at who caused the death – the criminal, the staff in the hospital, or sometimes God himself?

Dorothy Franks (2015) finding the connection between anger and grief asked, “Is there any wonder that grieving people are almost always angry at someone or over something at some point in time?” Stephen Moeller, a grief recovery specialist in the US, identifies anger as the second phase of grief. He said that some people become angry after experiencing a loss. Russell Friedman (2013) said that anger has a purpose. People will never be angry for no reason, unless the person is diagnosed as mentally ill. And this anger of people as a result of their grief of losing something can have bad consequences, just like any display of disgust or resentment can result to damages in relationships, reputation, or reason. 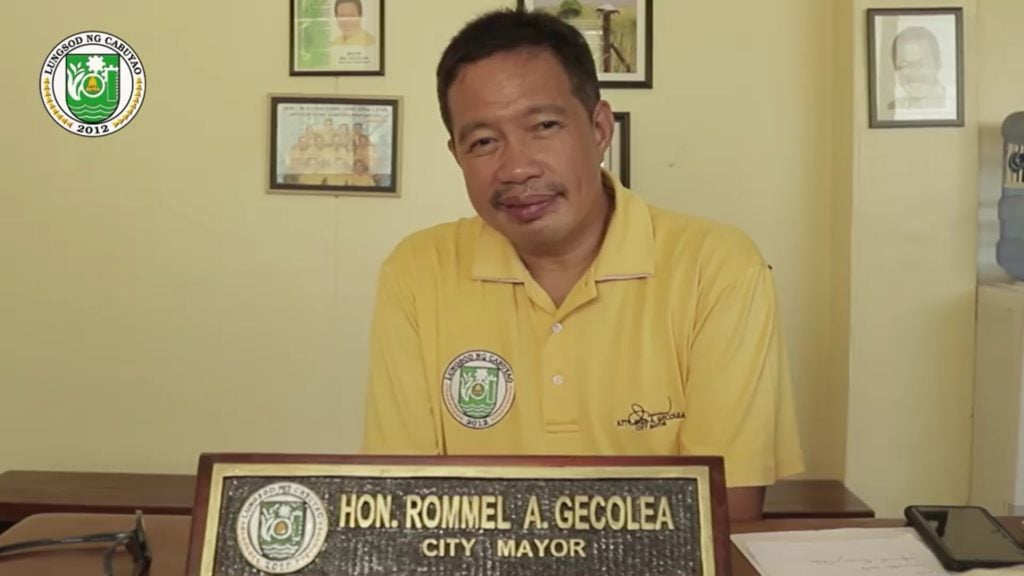 In this time of pandemic, what did people lose? A lot. The most obvious answer to that is the loss of freedom of mobility. We are all locked down. The enhanced community quarantine (ECQ) that has been in place now for more than 45 days has made us “prisoners” inside our homes. We could not go out, do what we used to do, and mingle with people the way we used to. This sudden loss of freedom hit us like a bullet. The intense feeling of deprivation is self-contained, and it needed outpouring. The loss of a loved one, a friend, a colleague, and those generally taken as important in the society like the medical doctors is grieving us all the more. The loss of health, income, economic opportunities, jobs, and social events all add up to the paroxysm of not only the individual but social anger.

Now, anger needs not only expression but also some sort of direction. It has got to be directed at something seen other that what is not seen, like the virus. The irate person is wan to spew anger at the most convenient unassuming person next to him. Anger, when felt, can be displaced and displayed onto other people. This channelling of anger can victimize another person or group of persons. This explains why an angry mother shouts at her children, leaving them confused and questioning. And angry teacher suddenly yells at her class, leaving the poor kids in bafflement. And when anger becomes a social phenomenon, social leaders are an easy prey. This collection of anger from irate individuals or extremely anxious and annoyed community folks will build up into mass of fuss that is sure to kill the object. Their leaders are no exemption. In fact, they are the easy target. That explains why leaders these days are under attack.

And how are leaders supposed to respond to this social anger and collective grief? The best way to deal with angry people is to stay calm. Staying calm breaks the emotional escalation. Nothing can be more disastrous than meeting anger with equal aggression. Leaders must truly master this skill – staying calm in the middle of a raging storm. Reading comments on Facebook can seriously affect the leader’s sense of balance. Reacting to nasty and unfair comments of people by employing sarcasm and scorn is a sure way to losing the battle. Social distancing tells us to observe and respect physical spaces between us and others. Doing such will mean good health for us. Emotional distancing, on the other hand, can be a strategy of leaders under attack, to keep his mental and emotional health sound. When leaders allow themselves to simply not absorb the anger, their self-respect is intact and their focus on service is not stunned.

Effective leaders understand that anyone capable of angering them is their master. When they learn to not be controlled by people’s anger, they rise up. When people cannot hurt them easily, when people cannot upset them easily, when people cannot inflict pain on them easily, their enemies are threatened. It is a danger sign to their enemies because their power to control others through emotional pain does not work on these kinds of leaders. When leaders are able to control their feelings, shield themselves from getting hurt emotionally, and not allow themselves to respond in equal anger and retaliation when provoked, these leaders become powerful. And their enemies become powerless.

But leaders need to realize one thing – anger has a reason. They need to take the emotions out of such fury and examine the intentions. They might see a purpose for them to grow in their service and improve in their performance. Leaders should avoid making excuses for their actions or inactions. These worst of times have brought out the worst in us. The disunity, distrust, and disengagement of people with their government are bespattered all over Facebook pages. But all these will yield, hopefully, a wiser leader in all of us. Wiser in a sense that after all these tempestuous season of pandemic, we will step into a new season of hope, of trust, of peace, and of renewed confidence in our leaders.

Father and son doctors who treated patients die from COVID-19