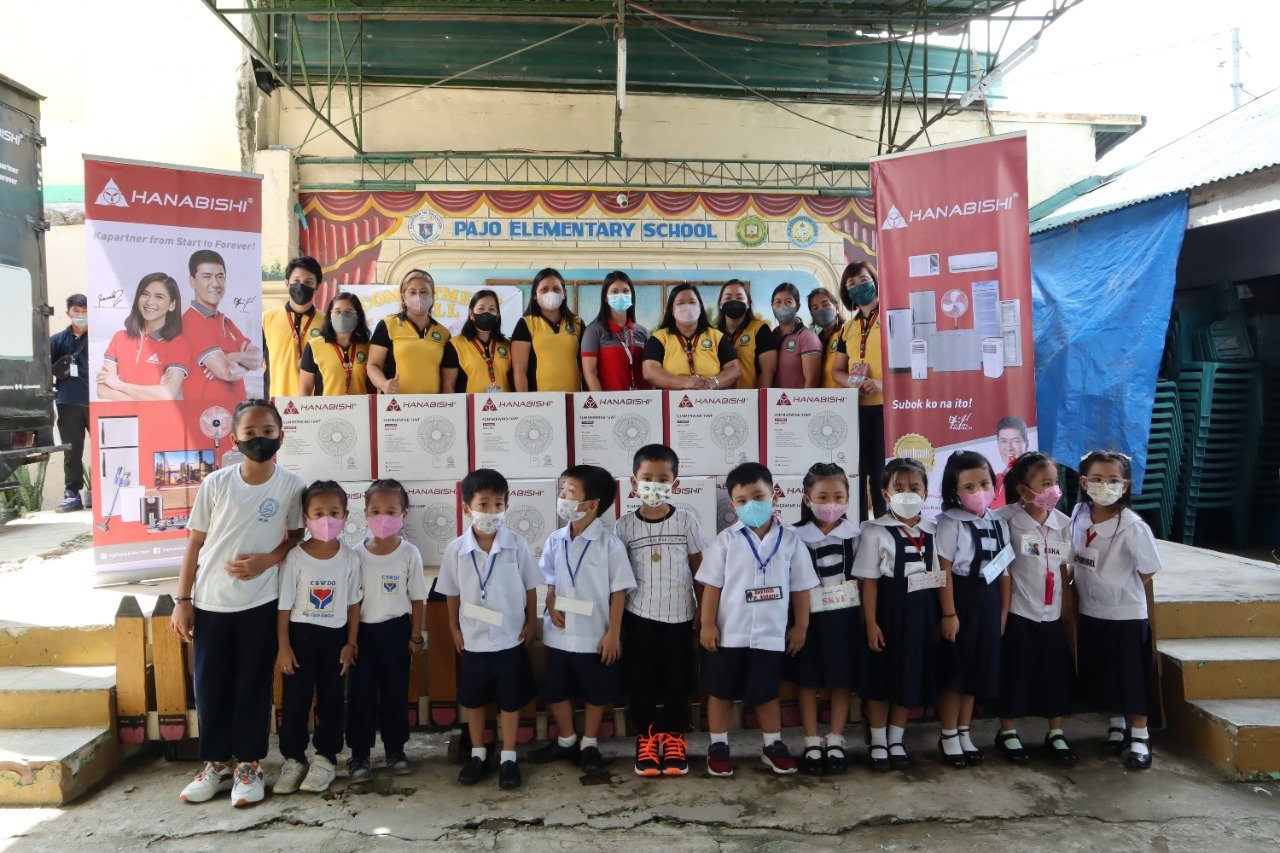 “As our children go back to school, we want them to be in a safe and healthy environment. One way to achieve this is to make sure that their classrooms are properly ventilated,” said Cherish Ong-Chua, VP for Finance and Marketing of Hanabishi Appliances.

This is not the first time that the leading appliance manufacturer has made donations to schools and other public institutions. It has partnered with the Kapuso Foundation in various projects, such as the rebuilding of public schools in Marawi City and the opening of a high school in Tacloban.

Hanabishi has also been helping Eat Bulaga in its community projects. It took part in the noontime show’s Classroom ni Juan, a campaign that promoted environmental awareness and supported indigent schools. During the height of the pandemic, Hanabishi and Eat Bulaga contributed fans to the Pasig City Children’s Hospital.

The company also made a donation to the Philippine General Hospital (PGH). It gave water dispensers, electric fans, and ovens to the hospital.

“We all need to do our share in helping each other out, especially during tough times like when calamities hit and when the pandemic happened,” Ong-Chua pointed out.

She shared that one of Hanabishi’s goals is to make life easier for Filipinos by providing them with quality appliances for their daily living.

“Helping out communities is an extension of this goal,” Onga-Chua said.

Beyond beautiful surprises await at Evia

Ex-SRA chief Serafica cited for contempt, to be detained for 15 days

Tanya Bautista on husband Vhong Navarro’s legal woes: We have all the evidence to prove we’re telling the truth

Ukraine’s Zelensky: fierce battles along frontline, with some ‘positive results’