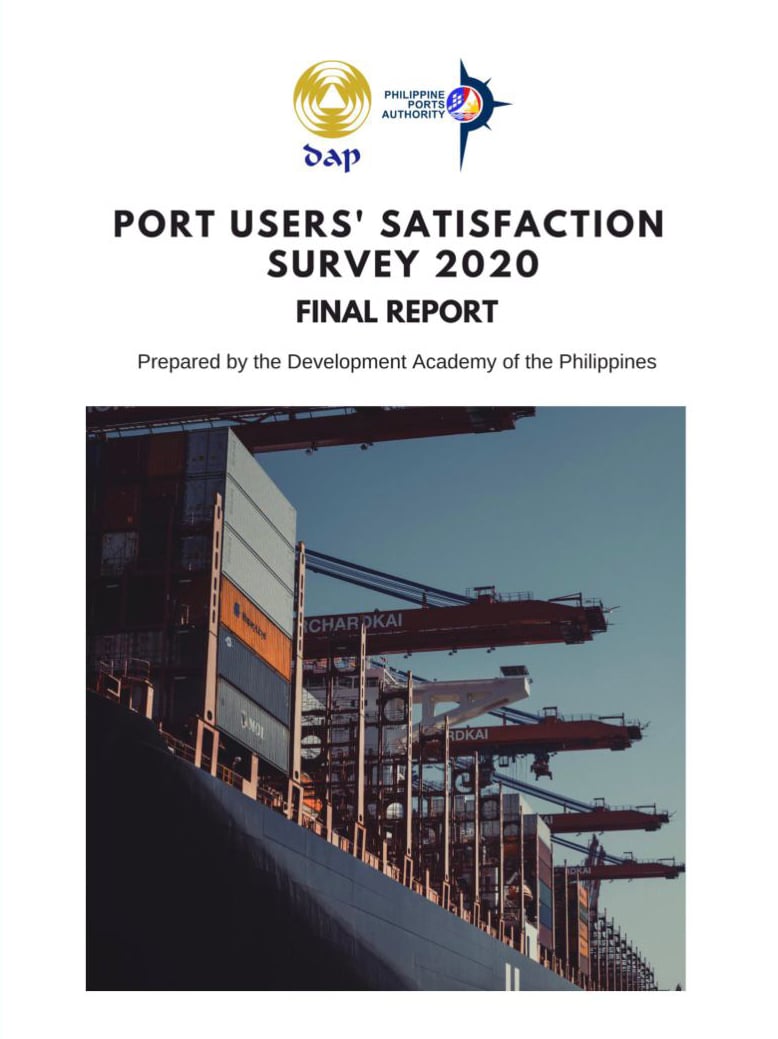 MANILA — The Philippine Ports Authority (PPA) has scored big in a recent nationwide satisfaction survey that highlighted the strength of its integrity, facilities, and personnel.

Based on the result of the latest Port Users’ Annual Satisfaction Survey (PASS) released by the Development Academy of the Philippines (DAP), the PPA secured the very satisfactory level in three of the biggest key indicators: facilities, integrity, and staff and organization.

The survey was conducted by the DAP across the 25 Port Management Offices of the PPA nationwide involving 800 port users and passengers as respondents.

The report showed that the PPA’s scorecard had a steady uptrend with the highest score posted in 2020 with a satisfaction rating of 85.96 percent.

The report further revealed that overall, the PPA was able to deliver satisfactory services across all covered attributes with facilities, integrity, and staff and organization earning highest ratings .

“Despite the COVID-19 pandemic, respondents feel safe and secure inside the ports. They also agreed that the ports have measures to promote integrity and address corruption while PPA personnel have neat appearances, professionals, convey trust and confidence and treats customer with respect,” the report said.

“Once again, this is the cherry on top. The way we perform and deliver our commitments will speak for itself and nothing can take that away from the Authority,” Santiago said.

Santiago explained that satisfaction rating areflected in the 2020 edition of the PASS, validates the claim that PPA has gone a long way in terms of integrity and transparency as well as in offering world-class facilities and services to its users.

Meanwhile, despite the ongoing COVID-19 pandemic, the PPA continues with its improvement of its facilities with more than 400 port projects completed nationwide along with the DOTr.

The PPA is also set to finish about 30 more projects by the end of the year. These include the Passenger Terminal Building at the Port of Calapan that can accommodate some 3,500 passengers at any given time and the dedicated cruise port at the Jubang Port in Surigao del Norte.

Group of businessmen urges Isko Moreno to run for president

Gordon to Duterte: ‘You are not a President that Filipinos can respect’

Group of businessmen urges Isko Moreno to run for president

Gordon to Duterte: ‘You are not a President that Filipinos can respect’