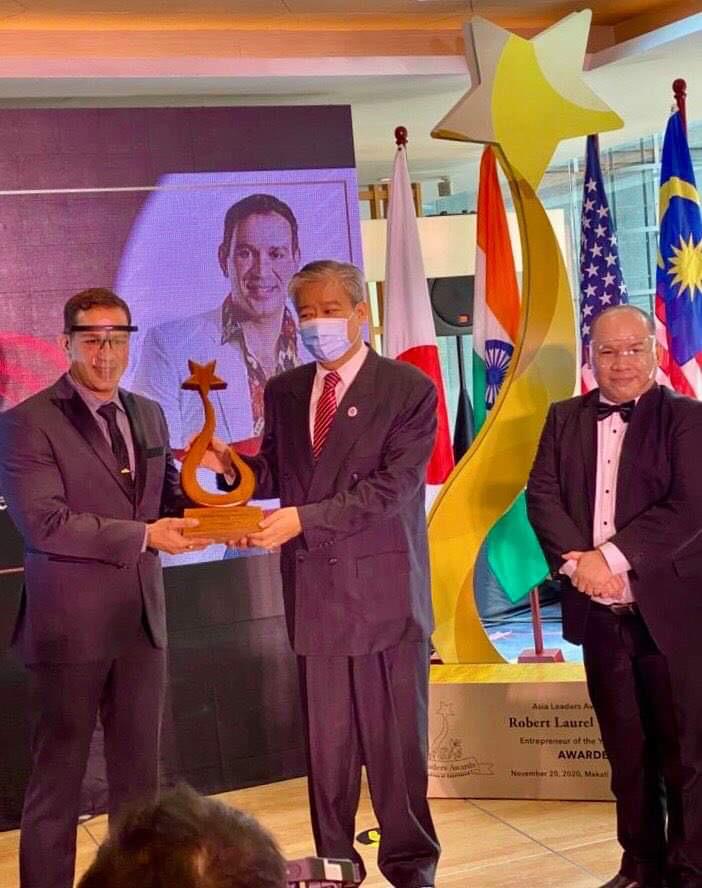 Kumar is best associated with FICWSI, a non-stock non-profit organization the Indian national he founded in 2015, aimed at bringing together Indian and Filipino businessmen and stakeholders under one umbrella organization to look after their needs, welfare and interests.

While FICWSI’s been around for five years now, it’s in 2020 when it shone best. The NGO has put its aids-giving machinery to full, nonstop use when the Covid-19 pandemic hit the Philippines in early 2020, causing the main economic region and the country itself to shut down its borders, affecting lives and livelihood. And right before that, FICWSI also spearheaded several batches of relief operations in South Luzon when Taal Volcano displayed one of its most devastating eruptions yet in January. Kumar immediately led FICWSI to donate relief goods—personal hygiene kit, rice, water—aiding locals and responders like policemen alike in certain areas in Batangas. The organization went on multiple trips and continued to deliver relief goods as it came.

In April, the Covid-19-centered outreach program of FICWSI was officially branded #filindihelpline, a play on words that can connoted “Filipino Indian helpline” or “fill-in-the-helpline.” “I believe in collaborations,” Kumar said when asked what his secret was in enabling a proficient donation drive.

Kumar also received ALA’s Philanthropist of the Year award for his exceptional generosity by direct financial support and inspiring others to foster the same philanthropic initiatives. The award was granted by ALA based on the “evidence of direct gift support, description of impact of gift support, and evidence of encouragement and motivation given to others to take leadership roles in philanthropy.”

Kumar is known in the community to be one to wear too many hats—exceptionally. He’s foremost a businessman—he’s in business process outsourcing, security provision, restaurant, build and sell, and micro lending—but he’s also a crime-abhorring expat, and was once a church leader. In all these ventures of Kumar, his mission to help always took center stage.

One of Kumar’s most noteworthy efforts was probably at the aftermath of Typhoon Haiyan (Yolanda) in November 2013, which claimed hundreds of lives and brought catastrophic impact to many Filipinos. Following a series of relief operations, he got together with his fellow Sikhs and set off to Pontevedra, a village in the province of Capiz, to build concrete homes for families who lost their houses, and a modest clinic.

In 2014, Kumar saw so many impoverished kids in Gigantes Island in northeastern Iloilo in the Visayas region. In cooperation with former Iloilo vice governor Boboy Tupas, he made sure those children had lunch for one year.

Kumar spearheaded the construction of a multipurpose hall named Guru Nanak Dev Ji on top of a mountain in a remote village in Pampanga so its aeta community could have a facility they could use for their gatherings. He fed the community and gave out school supplies for the children. In the same line, he led the building of classrooms, a library and provided school supplies to Berinayan Elementary School in Batangas.

ALA is established to acknowledge leaders making a different in their respective fields and at the same time promoting the Philippines as a premier business hub in Asia. It’s being run by Tag Media Group for many years now.

Kumar, in his speech at the ALA 2020, coherently stated his core princicples whenever he would extend help: “I believe in collaborative efforts—bayanihan. Our [FICWSI’s] slogan is ‘Together for a cause,’ ‘Together we help.’ We aim to fill in the need even in small ways that we can. We strive to deliver relevant help.”

DILG: One-passenger policy for tricycles, use of old IATF IDs allowed during ECQ

11 US senators to Biden admin: Condemn ‘pattern’ of abuses under Duterte

Carlos Yulo gets final shot at Olympic medal in Tokyo