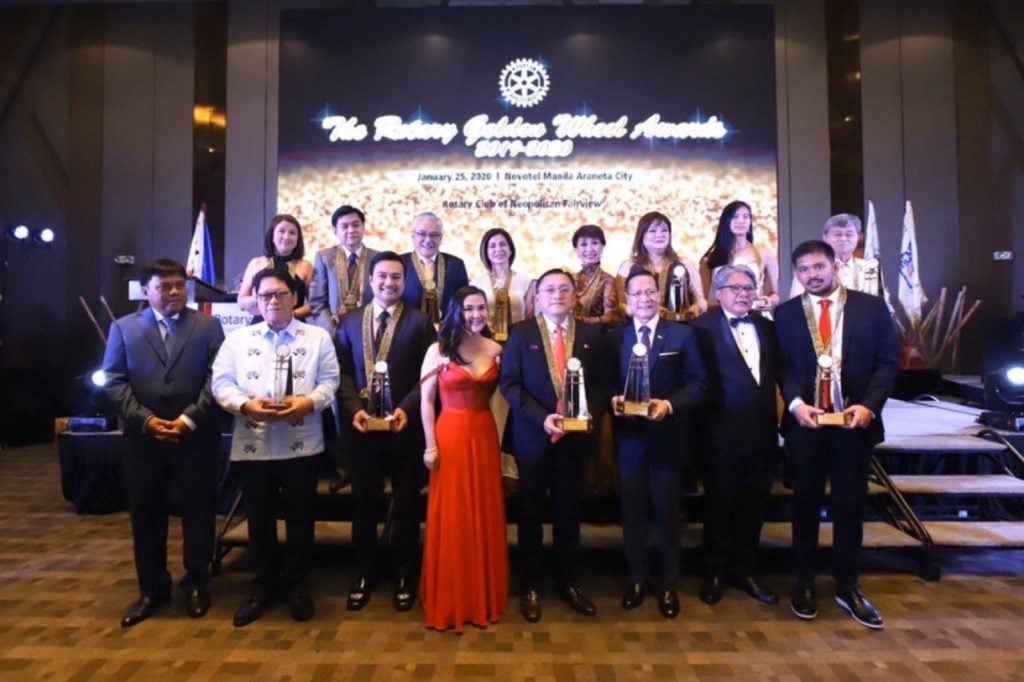 Rotary International, a global humanitarian organization which aims “to advance goodwill and peace around the world,” has recently conferred its Golden Wheel Awards to outstanding individuals who best exemplify the Rotarian spirit of “Service Above Self” and the guiding principles of the Four-Way Test.

Bagong Henerasyon (BH) Party-list Rep. Bernadette Herrera, district governor of the Rotary International District 3780, lauded all those who received the Golden Wheel and thanked them for their contributions to society.

She also expressed her gratitude to Go for personally attending and receiving the award. Go was nominated by the Rotary Club of Sta. Mesa through the initiative of Lieutenant Governor Robert Nazal.

“We are grateful and very appreciative to Senator Bong Go for devoting time from his very busy schedule to attend the awarding rites,” Herrera said.

The lawmaker noted how Go wowed the audience that night with his witty remarks and sense of humor.

“Aside from his charm that made us all awake and smile, the senator was able to update us on what he has been doing in the Upper Chamber, including the progress of some of his priority measures,” she said.

Duterte meets with Cayetano after solons reject his resignation