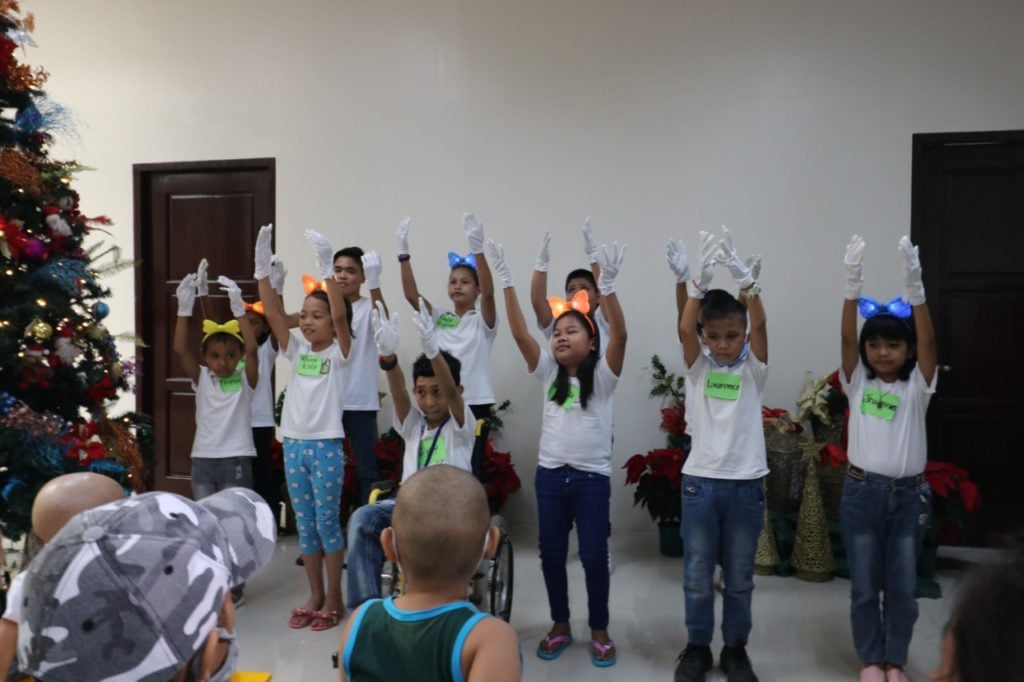 The children of House of Hope perform during the inauguration on November 29, 2019. The halfway house for the pediatric cancer patients of the Southern Philippines Medical Center in Davao City was recently improved with the help of Ayala Corporation and under the supervision of Ayala Foundation.

“We celebrate with you in this priceless charitable endeavor of giving back to the community,” said Davao City Mayor Sara Z. Duterte in a statement read by Councilor Edgar Ibuyan during the inauguration.

“With approximately10 children diagnosed with cancer each day in the Philippines, the fight against this disease must be further strengthened – a fight that involves not only the pediatric patients but their families and their healthcare attendants. To reduce its numbers is not the sole responsibility of the medical industry and the government. Rather, it demands all our concerted and individual efforts,” she added.

Constructed with the help of Ayala Corporation and under the supervision of Ayala Foundation, the facility aids in the effort of the SPMC Cancer Institute, which handles over 200 cancer cases annually. Davao Vice Mayor Sebastian Duterte likewise expressed his support for the project.

“The Davao City Government will continue to support you in providing shelter and services to countless children while also promoting health awareness and education,” he said in a statement read by Antoinette Principe-Castrodes during the event.

According to Ayala Foundation, while many of the SPMC Cancer Institute’s patients come from Davao City and other parts of Mindanao, it also serves patients from as far as the Central Visayas and Bicol regions.

“It is a privilege for the Ayala group to work with the SPMC Cancer Institute in providing a space for healing and recovery for young patients. With this gift, we would like to show young cancer patients and their families that there is always hope and that our country has excellent medical professionals who can aid in their treatment and recovery,” said  Fernando Zobel de Ayala, Ayala president and chief operating officer.

Ayala Foundation president Ruel Maranan, who led the inauguration of the newly-improved House of Hope on November 29, said that a facility like it should be replicated nationwide to help ease the burden of the children and their families. 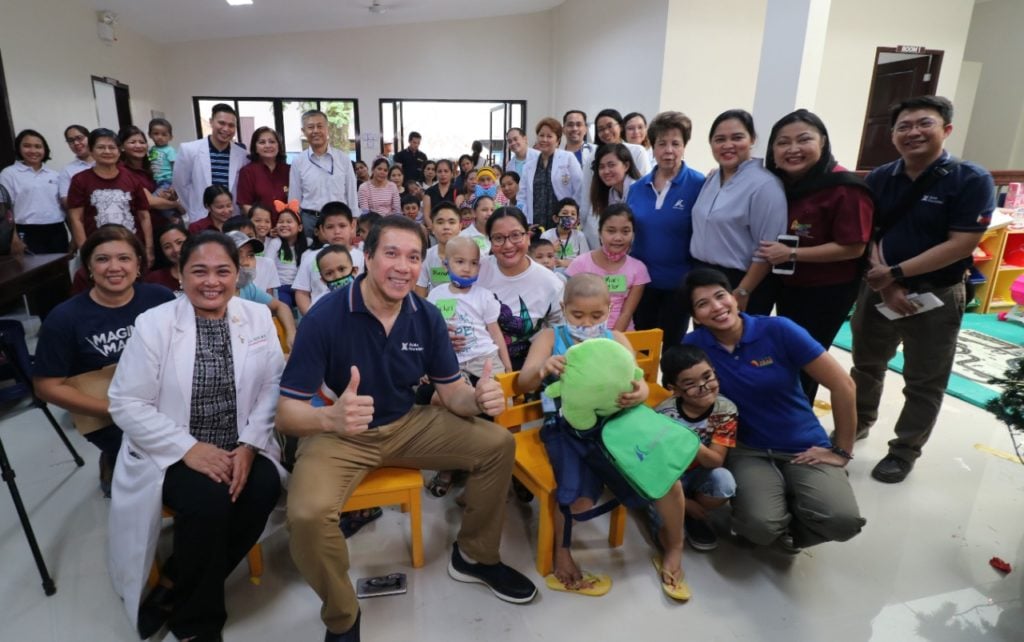 Ayala Foundation, Inc. President Ruel Maranan (seated, second from left) with the officials, staff members, and patients of the SPMC Cancer Institute during the inauguration of House of Hope in Davao on November 29, 2019. Other AFI officials also joined the event.

“We at the Ayala group are grateful for all the partners who made this project possible. To the City of Davao, as well as the Southern Philippines Medical Center, thank you for trusting us with this project. We hope that this gift will benefit a great number of patients,” said Maranan, who is also a managing director at Ayala Corporation.

Maranan was joined by officials from the City Government of Davao and SPMC during the formal inauguration.

“We are inspired by the generosity of Ayala in undertaking the near-total rehabilitation of House of Hope. This transient home for children with cancer was first renovated 12 years ago from several decades’ old dilapidated dorm by the Rotary Club of Waling-Waling Davao. It has served hundreds of children and their carers over the years. We hope that through Ayala Foundation’s gift to the children of Davao City and Mindanao, House of Hope will serve several hundred more children in the next fifty years,” said Dr. Mae Dolendo of the SPMC Cancer Institute.

The newly improved House of Hope features four bedrooms, three bathrooms, a kitchen, a common area, and a play area. There will also be three offices within the premises.

Other Ayala units also came together in support of the project. The Ayala Business Club of Davao – which is an organization composed of representatives from the different Ayala businesses in the city – mobilized Ayala volunteers for storytelling and gift-giving sessions with the young patients of the SPMC Cancer Institute.

The Ayala Multi-Purpose Cooperative also facilitated the donation of a toy library for the use of patients.

Aside from constructing the House of Hope, Ayala also donated an 810nm diode laser used in managing specific eye cancers. This state-of-the-art equipment was turned over to the hospital last year and has already served many patients this year. #