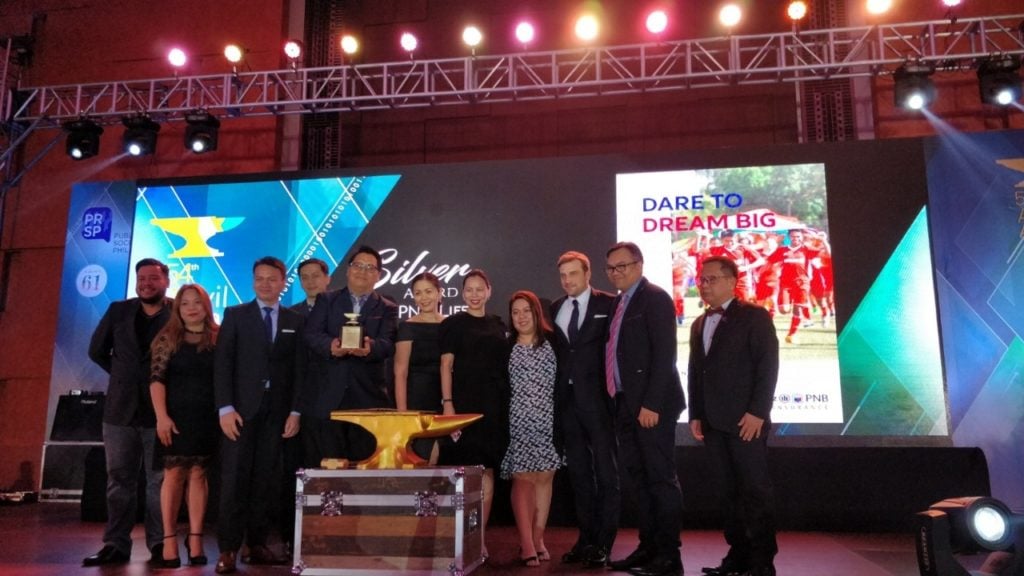 The Public Relations Society of the Philippines (PRSP), which hands out the awards annually, cited the Allianz PNB Life’s Dare To Be Fit campaign “for encouraging employees to participate in different activities that promote sports and a healthy lifestyle.”

Dare To Be Fit is a company-wide fitness and wellness program, which is aimed at encouraging employee participation to keep fit. Under the mechanics of the program, employees were divided into five groups that competed in two categories: athletic and non-athletic events. Athletic events led to the selection of the best athletes, while efforts in non-athletic events promoted team spirit and enhanced individual competitiveness of participants.

“The program utilized social media, a step tracker app and a closely guarded manual tally using Excel. To keep the integrity of the points system, we gently reminded employees of our high-trust environment. Most of all, it was a fun activity where almost every employee had participated. It sparked the competitive spirit of the organization,“ said the head of the program Amor Datinguinoo, who is also the chief legal officer of Allianz PNB Life.

The culminating activity of the program was an obstacle course race held during the company’s summer outing. The program became so successful it launched a second run and employed a full digital facility to further ensure the integrity of the competition.

The PRSP also lauded Allianz PNB Life’s 2017 annual report for “focusing on our right to dream big for ourselves and our country.” It also cited the company for highlighting “how one shouldn’t give up on his dreams.”

The annual report cover showed a dramatic photo of two young Filipino football players carrying the Philippine flag. The two were athletes the company sent to join a global football camp in Germany under the mentorship of FC Bayern Munich coaches.

Now on its fifth decade, the Anvil Awards honors excellence in public relations. It is given to companies that have public relations programs and tools that meet the standards and excelled in their respective categories.

Speed up your game with the new vivo Y20s [G]

WHO says not to use ivermectin on COVID-19 patients

Bea Alonzo clarifies status of her relationship with Dominic Roque

Locsin to China: ‘Then move out’

Biker doctor detained after dispute with cops over face shield