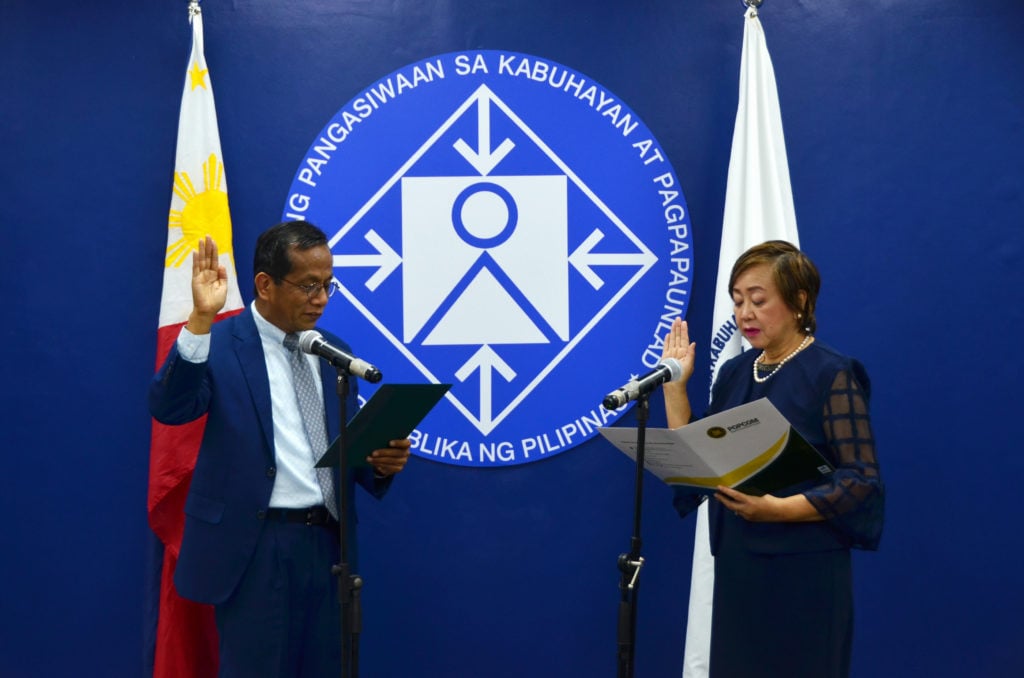 The new executive director of the Commission on Population and Development (POPCOM), Dr. Lisa Grace S. Bersales, Ph.D, was sworn into office on Friday, January 13.

Banking on her expertise as a statistics development partner in the country’s public and private sectors, Bersales will now concurrently serve as the undersecretary for population and development or POPDEV.

She is also expected to bring into POPCOM her deep knowledge from almost four decades of academic practice as a researcher and professor at the University of the Philippines, where she was dean and director of its Graduate Studies for the School of Statistics.

Her most recent significant engagement in the international arena includes being co-chair of the United Nations-Statistical Commission’s Inter-Agency and Expert Group on the Sustainable Development Goals’ indicators from 2015 to 2017, which developed its global framework.

Bersales has also written and co-authored numerous publications on demography and economic growth.